Yeah, I know I’ve been away for far too long, but, between Mrs. Yeti launching her Library Store on Wheels and me trying to stay on top of a number of writing deadlines, the past few months have literally been a blur. A good blur, a fun blur, but a blur nonetheless!

We were so behind on things this year that we didn’t even send out Christmas cards till December 30th — I say if they are sent out during the month of December, they still count! — and barely even got in to see Santa before he went home to prep for Christmas Day, so, the fact that I’m even posting Greta’s Santa pic is kind of a mini achievement in itself. I’d celebrate with a drink, but, I have too much work to do and drinking would just put me to sleep. But, trust me, it feels awesome to blog again (for any amount of time) so, inside, I’m celebrating my ass off. 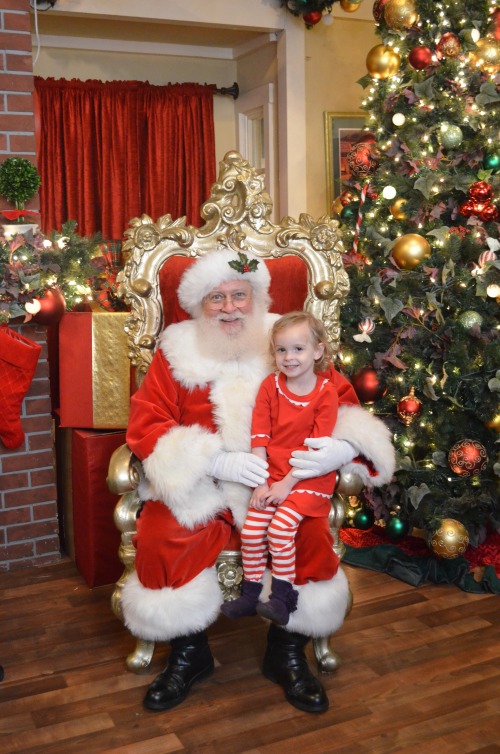 That said, I’ll leave you for now with this year’s Santa pic. As you can see, he’s the same dude we’ve been going to for the past few years and he rocks. Greta actually talked his ear off this time too, it was very sweet. And though Greta didn’t get the Barbie kitchen she asked him for, she loves the IKEA one Santa brought in its place. And as she said when she first saw the IKEA kitchen under the tree on Christmas day: “Santa didn’t bring me the Barbie kitchen, he brought this one instead. But, that’s OK, I’ll just put stickers on it.”

Ah, the magic of Christmas…here’s hoping yours was fun too and that the year ahead is good to us all. Happy belated Holidays, everyone!