OK, I love me some Allison Williams (she is probably my favorite character on Girls) but, even I was a little taken aback by the news that she had been cast in NBC's upcoming Peter Pan Live! I mean, I'm sure she can sing and everything, but, if NBC's latest live “musical event” is as lame and over-produced as last year's The Sound of Music Live!, well, let's just say there's a pretty high probability that it's gonna totally suck. 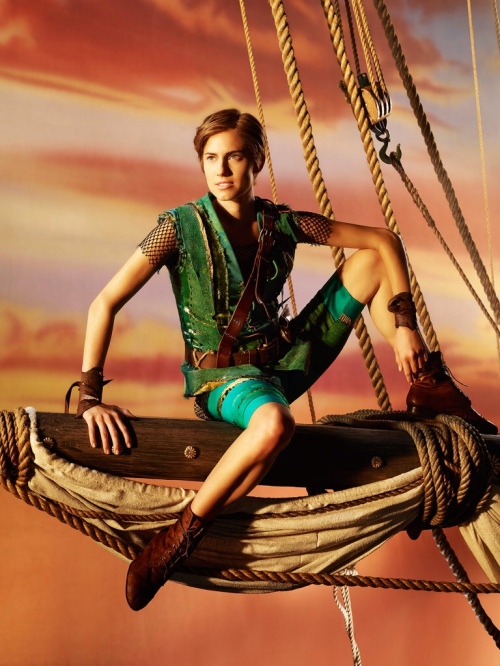 And then I saw this super cheesy pic (above) of Williams in costume as Peter Pan and I knew that this movie wasn't just gonna suck, it also has serious train wreck potential. Which I always love, especially at Christmas! So, slap my wings and call me Tinkerbell, because this train wreck — which is produced by the reliably ham-fisted duo of Craig Zadan and Neil Meron and also features Christopher Walken (!) as a singing Captain Hook! — is only gonna get better/worse from here on out. Simply put, I cannot wait!