Seeing as the Academy Awards aired like, weeks ago, by now you’ve probably watched and/or read all the post-Oscar coverage you can handle, but, for those of you still dying to know what I thought of the show (I know you’re out there!) well, here goes nothing…

First off, a little backstory on why it’s taken me so long to get to this. The simple answer is that Greta’s birthday usually falls one or two weeks after the Oscars. Which means that unless the Academy moves the show to an earlier date in the year, we will be hosting two parties on two subsequent weekends for the rest of our lives. Urgh! And seeing as this past birthday was Greta’s fifth and was attended not just by a dozen or so of her new preschool friends, but also by their siblings and parents…well, let’s just say that party planning in the Yeti household has gotten exponentially more complicated.

I’m not saying it wasn’t fun and that Mrs. Yeti and I don’t genuinely enjoy planning parties for Greta (because we totally do!) but, as any harried parent can tell you, putting together a DIY kid’s birthday party, Princess-themed or otherwise, for your child can be hugely stressful for all involved. Most especially for the “royal couple” putting the whole shebang together in the first place.

Anyway, Greta’s party was awesome (I’ll post some highlight pics very soon, I promise!) and now that our party season is over I’m finally free to give you my thoughts on what I think just might have been the perfect Oscar telecast. I know lots of people had problems with the show, but, hell, I even thought Ellen was good this time around. And, considering my checkered past with that old union-busting scab, that’s really saying something!

Contrary to what critics have been saying, I thought DeGeneres was funny, entertaining and refreshingly edgy in spots. Her “Liza Minnelli impersonator” bit was hilarious, and that pizza delivery and A-list selfie stuff is already the stuff of Oscar legend. Classic! I also loved her opening joke about voters being racist if they didn’t vote for 12 Years a Slave. The movie was beautifully done and definitely worthy of every award it won, but, truer words were never spoken. Hilarious! And the rest of the winners this year were equally awesome.

The fact that Gravity lost the Best Picture trophy to 12 Years a Slave nonewithstanding, it was still very cool to see two of my favorite writer/directors, Alfonso Cuarón and Spike Jonze, pick up some long overdue hardware. And with history-making wins for people of color in several of the major categories, it was perhaps the most colorblind Oscar telecast ever as well!

Aside from becoming the youngest member in the exclusive EGOT (Emmy, Grammy, Oscar, Tony) club on Sunday night, Frozen composer Robert Lopez also became the first Filipino-American Oscar winner. And though my personal loathing of 12 Years a Slave screenwriter John Ridley dates back to the trash-talking he did during the WGA strike in 2008, I have to admit, I was happy to see him become the second African-American screenwriter to win an Oscar, after Geoffrey Fletcher’s historic win for penning Precious.

Also very cool was the fact that Emmanuel Lubezki, the Mexican cinematographer who shot Gravity, and has been nominated seven times (seven times!!) for his gorgeous work on such modern classics as A Little Princess, Children of Men and The Tree of Life, finally took home the gold. And the fact that he won against such beautifully shot films as The Grandmaster and the breathtaking B&W cinematography in Nebraska, makes Lubezki’s triumphant win all the more sweet. Rock on, hermano! 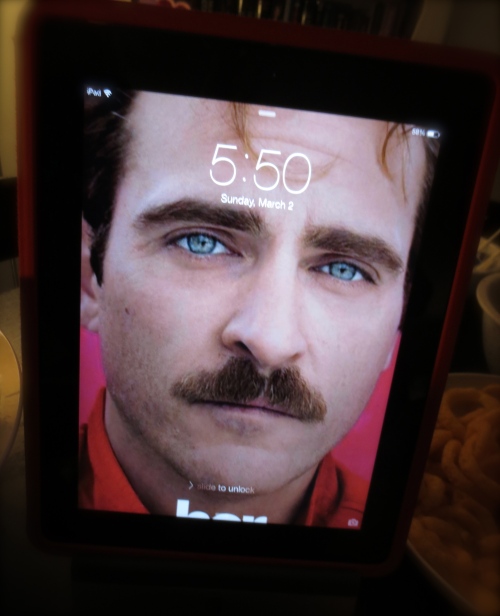 I also loved the fact that the awards were so evenly spread across the field of nominees, with movies like Gatsby and Dallas Buyers Club winning richly-deserved craft awards and 12 Years a Slave helmer, Steve McQueen, taking home an Oscar (and making Oscar history again as the first African-American director to win gold!) for his producing work on the film. The show gets tedious very quickly when the same movie sweeps every category, so, it was fun to see so many different movies bringing home the gold this year.

In fact, I think the only major nominee to go home empty-handed was American Hustle. And while I was sorry the academy couldn’t find some way to honor David O. Russell for his bad-ass work co-writing and directing Hustle, if indie-spirited filmmakers like Spike Jonze and Alfonso Cuarón can win Oscars, then, surely Mr. Russell’s day in the limelight is just around the corner. Same goes with Amy Adams, who, in my opinion can do no wrong onscreen. Her work in American Hustle is almost insanely perfect. So good!

That said, I was thrilled to see Cate Blanchett pick up her second Oscar for Blue Jasmine. Despite what people might say about Woody Allen’s tangled personal life, he is doing some of the best work of his career at the moment and, considering his resume, that is really saying something! And Blanchett’s work in Jasmine is some of the finest she’s ever done too. Man, she nailed it! 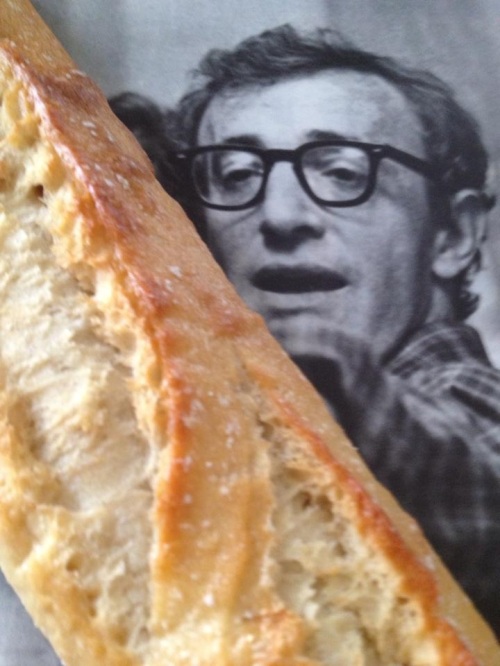 It was also very cool to see the hugely-popular Frozen pick up two awards. Even if you don’t have a five-year-old running around singing “Let it Go” all day long, you’ve gotta admit, that movie rocked. And even cooler than the fact that Frozen became the first straight-up Walt Disney Studios release to win Best Animated Feature (to date, Pixar has collected most of the trophies in that category) was the fact that presenter John Travolta provided us with an Oscar moment for the ages when he mispronounced Idina Menzel’s name when introducing her.

I don’t know what kind of crazy OT go-go juice that dude was drinking before the show, but his verbal f-up was freaking hysterical and already ranks up there with Jack Palance’s post-win push-ups and Björk’s swan dress as one of the top ten best Oscar moments ever. I mean, seriously, you can’t script that kind of crazy! So awesome!

Anyway, dying to hear what you guys thought of this year’s winners, losers, crazy presenters (yeah, I’m talking to you, Harrison Ford and Kim Novak!) and the show in general, so, by all means, comment away! And in the meantime, please feel free to enjoy these pics of the nominee-themed snacks we served at our very low-key Oscar party this year. My favorites, as always, were the golden Funyuns for The Hobbit: The Desolation of Smaug, but those spicy Asian chicken wings served on a Chairman Mao dinner plate in honor of The Grandmaster were pretty damn tasty too. 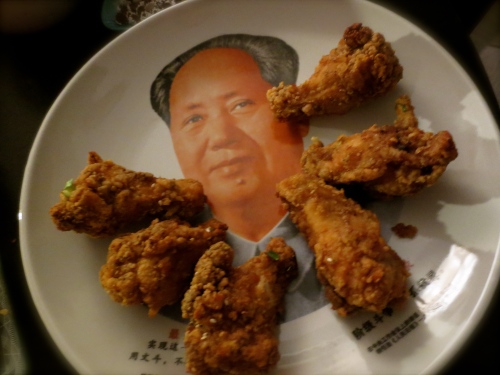