This year we had our smallest Oscar party ever with just three partygoers in attendance. Actually, if you count the Barbie and Monster High dolls Greta plopped down in chairs near the TV there were actually seven. Either way, it was probably my favorite Oscar party ever. 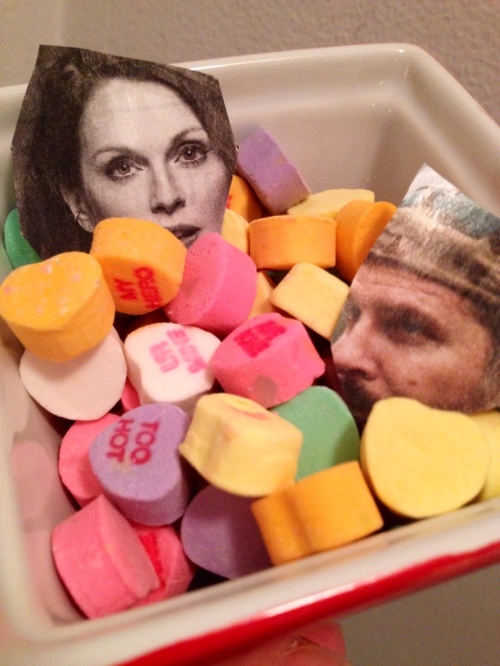 We had Oscar nominee crafts for Greta, loads of fun Oscar nominee-themed candy (my favorite were the Nerds Rope for The Theory of Everything and The Imitation Game and the Whoppers for all the historical innaccuracies in the Best Picture nominees!) and a big bowl of taco salad to support all of the Mexican and Latino nominees this year.

That said, I must admit that we both loathed Best Picture winner Birdman with a passion. Oy, talk qbout art with a capital “A”…so annoying. And that score, my God, it was such a struggle sitting through that crap. And we watched it at home too! I can't even fathom seeing Birdman in an actual theatre. Yikes…

The worst thing is that if what Birdman director Alejandro G. Iñárritu said about good luck charms actually working is true, I fear that our taco salad may have had a hand in bringing that lunatic three Oscars last night. Guess we should have followed our first instinct and gone with all kid-themed food for Boyhood. Oh well…there's always next year.

Oh, and by the way, Nerds Rope are ahmazing! So yummy! And they seemed to work a little magic last night for the nerd movies too, so, hooray for Nerds! 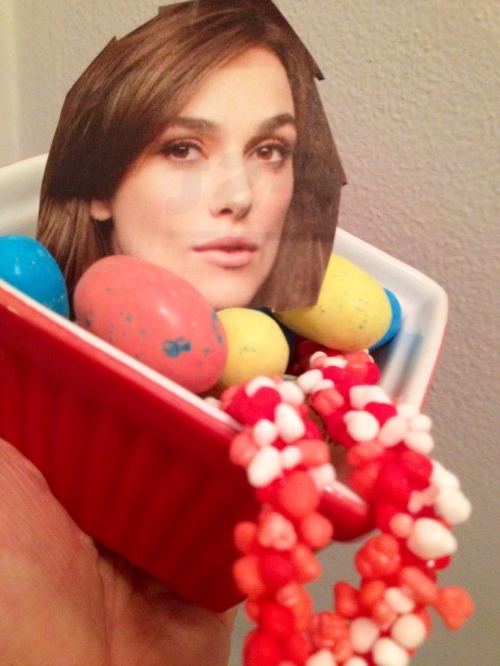 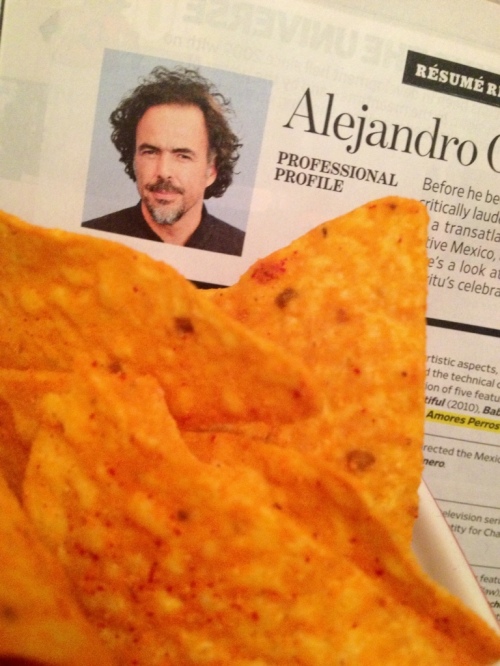 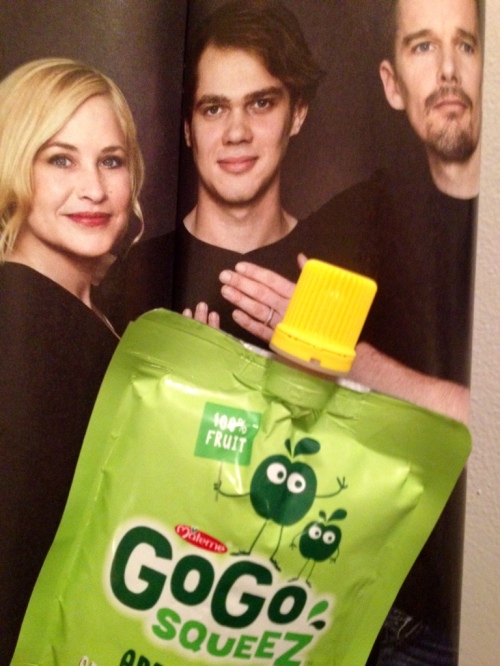 Trailer Thursday: “Magic in the Moonlight”

Love home or hate him, my man Woody Allen has been having a hell of a run lately. And if this gorgeous trailer for his upcoming Magic in the Moonlight is any indication, Allen seems to be continuing that trend in a big way.

Wow, what a difference a year makes! Last year at this time, The Artist was winning pretty much everything it was nominated for, but, this year the Oscar race is wide open. Which, in my mind is always much more exciting. Equally exciting was the nomination telecast itself, which was hosted by the dreamy Emma Stone and this year’s Oscar telecast host, Seth McFarlane.

Yes, you heard me right, the reading of names from a prompter was actually very exciting this morning! Funny too! I laughed out loud several times, but, my favorite moment was when Stone announced the Best Supporting Actor nominees. After every name she said: “Nominated Before.” And they were! The category is full of previous winners. Crazy! And hilarious to make fun of it too. Honestly, I was a bit worried about Seth McFarlane hosting the show this year, but, if he’s as funny and original as he was this morning, then, bring that shit on, baby. He was on fire! And, he even scored a Best Song Oscar nomination for his movie Ted. 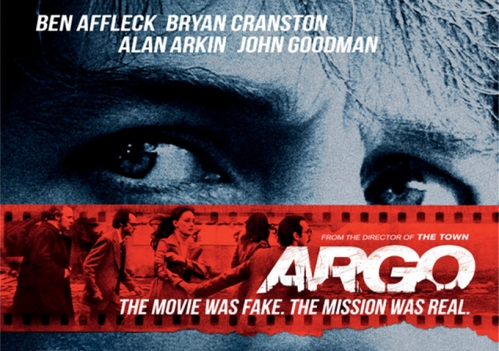 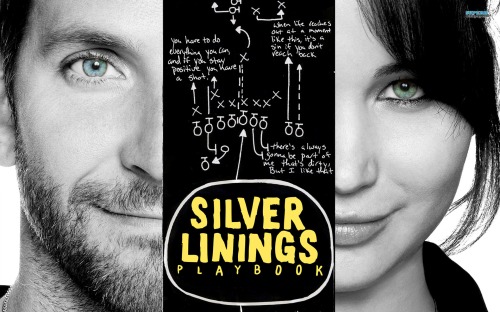 Anyway, most of the major nominees are names we’ve been hearing all season, Lincoln, Zero Dark Thirty, Life of Pi, Argo and Les Miserables all did really well in several categories, but, the biggest coup in my mind was all the Oscar love for Amour, which scooped up nominations for Best Foreign Film, Best Director, Best Actress, Best Screenplay, and Best Picture! Wow! I can’t remember the last time a foreign film did that well. Good on, you guys!

Also very excited to see Naomi Watts score a Best Actress nomination for her fine work in The Impossible, even if poor Ewan McGregor got overlooked…again! Grrr! Also totally overlooked was John Goodman, who shone in at least three major movies I can think of and would have made a perfect rookie addition to the Best Supporting Actor category. Also totally robbed was John Hawkes for his superb work in The Sessions. He was awesome (as was his co-star Helen Hunt, who did score a nomination this morning for the same movie). If you ask me, I’d say Jean Valjean (Hugh Jackman) stole more than a loaf of bread this time around, he also stole John Hawkes Best Actor nomination. Sorry, Hugh, you were great, but, I’m just saying…

I was also stoked to see David O. Russell back in the Best Director race after losing out on a DGA nomination early this week. In fact, the only holdovers from the DGA’s nominations are Ang Lee and Steven Spielberg. I can’t even remember the last time the lists were that different. And though I’m sorry Ben Affleck didn’t score a nomination for directing Argo, I was excited to see Russell back in the running as well as the Beasts of the Southern Wild dude and Michael Haneke for Amour. Neither of which I’ve seen yet, so, I’d better get busy!

Anyway, in the end, I think I’m rooting for Silver Linings Playbook the most. The movie is fantastic and has really crept up on me over the past few weeks since I saw it. Like a lot of my favorite movies, it really sticks with you and that’s always good. Also, it scored nominations in every acting category, as well as nods for Best Picture, Best Director and Best Adapted Screenplay, which is a good sign. Especially in year with no clear frontrunner. So, go, Silver Linings Playbook!

Dying to hear what movies you loved or hated this year and, more importantly, what you thought was overlooked. So, feel free to comment away. And to see a full list of this year’s nominees, click here.

Valentine’s Day words to live by…

As you can see from the pic below, this was how we rolled this Valentine’s Day. Disney Princess Valentine’s cookies, pizza from Domino’s, and a cheesy romantic comedy, “Friends With Benefits”, rented from the Burbank Public Library for exactly $1.00. Ha! Who needs a fancy, crowded restaurant and over-priced flowers? Not us!

So, the cookies were kinda amazing, the pizza was Domino’s-good, and the movie was surprisingly awesome. That said, there was a point at the 30-minute mark where we considered stopping it in favor of watching that Tivo-ed second hour of Sunday night’s “Downton Abbey”, but, the movie got better and better as it went along, so, we stuck with it. 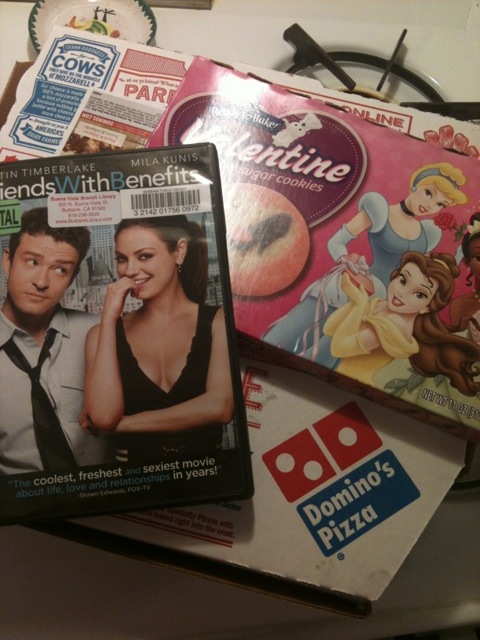 And I’m glad we did! I mean, yeah, the first half hour kinda sucked, and, overall, the movie wasn’t nearly as good as director Will Gluck’s last outing (the pitch-perfect “Easy A”) but, I gotta say, the supporting cast was hilarious. Nothing against the two leads, Justin Timberlake and Mila Kunis, who were perfect together and had chemistry to burn, but, the supporting players really deepened the proceedings considerably. Seriously, the white-hot trio of past Oscar-nominees, Richard Jenkins, Patricia Clarkson and Woody Harrelson were fantastic. Hell, even Jenna Elfman was good, and I usually loathe her dippy ass. So, kudos to you, Mr. Gluck, for finally getting Jenna Elfman to play a relatable human being. Yay!

Anyway, there were loads of truly hilarious lines in the flick (loads of clunkers too, to be fair) but, our favorite was uttered by Woody Harrelson near the end. Harrelson plays an aging, horndog sports director for GQ magazine, who just happens to be gay. Like, super gay. So, our hero, JT, is at a crisis point — as all good heroes are or should be at the act three break —  and complains about how hard relationships are. Not missing a beat, Harrelson rattles off these choice pearls of wisdom:

“Everybody wants a shortcut in life. My guidebook is very simple, you wanna lose weight? Stop eating, fatty! You wanna make money? Work your ass off, lazy! You wanna be happy? Find someone you like and never let them go…”

Beautiful, huh? Like the rest of the movie, it starts off kinda crass and jaded and has a nice sweet finish. Not sappy, ruin-the-movie sweet, but, real, genuine, catch-you-off-guard sweetness. And hey, isn’t that what Valentine’s Day is supposed to be all about?