Speaking of Halloween costumes, Greta got to test drive her Queen Elsa costume over the weekend at the Friends of the Burbank Library's very cool Princess Book Party. Held at the Burbank Library's central branch on Glenoaks, the event featured Princess trivia, bingo, crafts, cookies, gift bags and even a visit from everyone's favorite Disney Princess/Queen du jour, Queen Elsa from Frozen! Hooray!

As you can see, Greta had an awesome time. And despite the fact that there are already piles of library books scattered all over her bedroom, we came home with another big old batch of new ones as well. Now if I could just remember when they're all due back at the library, all would be right with the world. Either way, enjoy the pics! 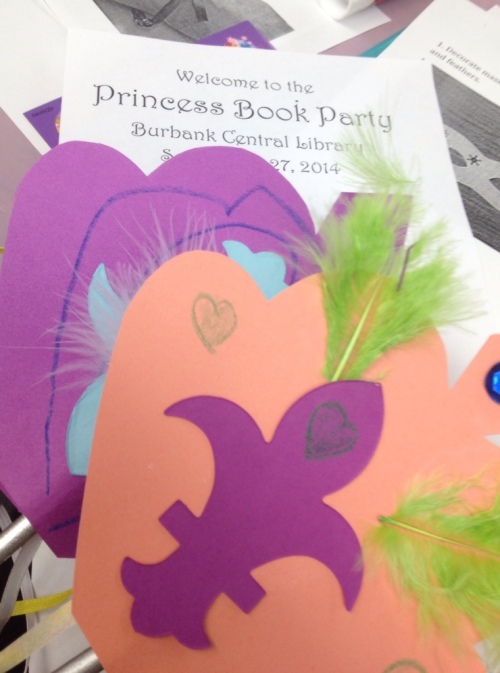 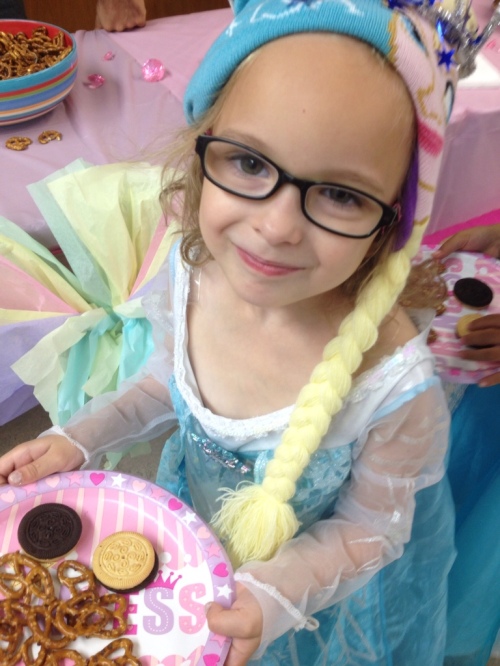 Greta’s birthday party was almost a week ago, and while it was awesome, it was also completely exhausting. Anyone who has ever planned a kid’s birthday party themselves knows what I’m talking about: a lot of work, a lot of money, way too much to do and very little sleep. It’s like going to war. Well, OK, not that bad, but, pretty damn close. And from what I hear it gets worse when the kids get older and start inviting whole classrooms full of kids. Yikes…

Anyway, the party went off without a hitch (although Mrs. Yeti and have decided to jokingly refer to Greta’s birthday parties as “divorce makers” from here on out) and I think everyone had a lot of fun. Most especially the kids. So, yay! I’ll post pics soon. I promise! And I know I’ve said that before, but, this time, the pics have made the jump from my camera to the computer and some of them are even up on Facebook already. So, hang tight, pics really are coming this time.

The other no-so-fun thing about staging a big-ass kids party is that one, or all three of us, inevitably ends up a little sick after it’s all said and done. And this time, it’s Greta and myself who caught the bug. It’s really just a cold, but, coupled with this insane heat wave we’re having — it was 91 degrees outside for most of the day today! — it’s been a really long and nasty week for both of us.

And though we did manage to make it out to the library yesterday, Greta’s runny nose peaked today and going anywhere went right out the window. No need to spread our zombie virus any further.

So, we stayed home today and drove each other crazy instead. Seriously, indoor activities lose their luster pretty quickly when it’s hot as hell outside and both of your noses are draining all day long. Urgh…talk about a germ factory. I’m surprised Mrs. Yeti hasn’t taken to sleeping on the couch!

Thankfully, my most taxxing plans this weekend involve plopping a giant slab of corned beef into a crockpot full of boiling water. And lemme tell ya, Sunday can’t come soon enough.

Spent Saturday ringing in the 80th birthday of my Grandmother with family and friends. The party itself was great, lots of food, retro candy bars, pink lemonade, sweet-ass cupcakes and entirely way too many songs sung by my aunts and uncles. Yep, you heard me right, during the speechifying portion of the party, several of the children sang their tributes to my Grandma and it was…well, kind of a freak show.

It’s not to say they can’t sing, because some of them totally can, but, wow…watching these grown-ass men and women duke it out for their solo in the spotlight was beyond unsavory. Fearful that one of his siblings might be getting more attention than himself, one of my uncles actually started juggling in the middle of the after-party at my Grandma’s house. Juggling! He even brought his own juggling clown bowling pins and shit. Like I said…total freak show.

Anyway, at that same after-party I struck up a conversation with one of my singing aunts (who is usually my favorite of the freak show faction of the family) and told her how great she looked. “Have you lost weight?” I asked. “Yes, almost 25 pounds!” She purred back. I pressed her further for details — which wasn’t hard, considering how much this aunt likes to talk, especially about herself — and she explained that she too was on Project X.

Hearing this, I got very excited and told her that Mrs. Yeti and I were trying really hard to stick to the tenets of Project X ourselves. Hearing this, my Aunt stopped cold, quickly scanned my body from head to toe and said: “Well, when it’s your time, you’ll stick to the diet.” She then leaned in real close, put a hand on each of my shoulders and said: “But, hey, you’re good as you are right now too.”

Silence. I just stood there for a stunned beat, staring at my aunt. Did that big old pot just call my kettle ass fat? I mean, wow, if she’s this nice when I compliment her, just imagine what she’d be like if I said something mean. Of course, I knew her heart was in the right place and that she didn’t mean to sound like a smug, little, newly-thin bitch, but, unfortunately, that’s exactly what she sounded like. And, instead of thinking of some pithy comeback all I did was grumble silently to myself, for like, fifteen minutes straight, while she spouted off all the great things that have happened to her since she lost the weight. Seriously, she was giving me recipes and shit. It was brutal.

Luckily I was pulled away to the living room at that point by Mrs. Yeti (good save, sweetie!) so, I never got the chance to punch my aunt in her newly flat gut or lay her low with some snappy, withering comeback. But, trust me, I’m working on it, and the next time we meet in the field of battle, dear Auntie, I won’t be so easily defeated.

In the meantime, back to Project X. One week to go till the reunion and whether it’s “my time” or not, I’m gonna lose me some more weight…if for no other reason than to shove it down my Aunt’s warbling gullet. Ah, ain’t family grand?

Please forgive my absence of late. We had three big parties over three very-busy weekends in a row and I spent the last week pretty much recovering from the thrill/joy/nausea of it all. Seriously, any one of those parties (one was for the Oscars, one was for Greta’s third birthday and one was for my Grandma’s 90th birthday) would have tired a normal person out. But three parties over three weekends was just plain crazy.

Combine all that with the fact that Mrs. Yeti has been working like a beast (long hours, six-day workweeks, you name it) which means I’ve been doing the brunt of the toddler wrangling, and, well, let’s just say even my best Barbie scenarios are wearing kinda thing these days.

On the upside, the cat is using her box like a pro (or, you know, like a regular cat) and Greta has declared me her “best friend” four days running, so, there’s always that…