OK, let’s just start with the biggest upset of the morning, no LEGO Movie Oscar nomination for Best Animated Feature? What the hell?! To steal a line that has been tweeting around the internet all morning: everything is NOT awesome. Seriously, even the Best Original Song nomination for the film’s crazy-addictive “Everything is Awesome” can’t numb the pain of losing out on what many considered to be sure bet for Best Animated Feature. Wow…still totally shocked.

Also very disappointed to see Nightcrawler’s Jake Gyllenhaal and Rene Russo overlooked in the acting categories. They both deserved serious consideration for their stellar work in the film, but, I am thrilled to see it score a Best Original Screenplay nod for writer/director Dan Gilroy. Nightcrawler was one of my favorite films last year and I’m definitely rooting for Gilroy to take home the gold, so, rock on, dude!

If I had one major gripe — aside from the two mentioned above — it’s that the Academy showered so much love and so many nominations on movies that, in my mind, were just OK. I mean, seriously, Whiplash and Foxcatcher for Best Picture? Yikes…

And while I’m delighted to see J.K. Simmons finally getting some Oscar love for his kick-ass turn in Whiplash, I gotta say, the rest of the movie is completely overrated. A total “actors movie” with a lot of showy stuff going on but not much else. Same thing with Foxcatcher. Again, very happy to see Steve Carrell finally snare a richly-deserved Best Actor nod, but, beyond the acting the movie was a mess and the fact that it scored Best Adapted Screenplay and Director nods is completely flabbergasting. Wow… 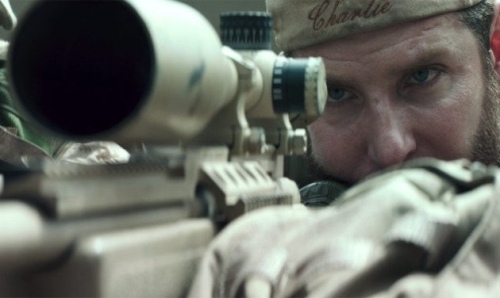 On the plus side, I actually yelped out loud (OK, more like screamed) when Laura Dern’s name was read in the Best Supporting Actress category. She gave an absolutely transcendent performance in Wild and if you ask me, this is her time to shine. She was the heart and soul of the film and literally lit up the screen with her powerful, soulful work. I think she was my favorite nomination this morning. Very excited for her!

I’m also totally stoked to see Boyhood continuing it’s climb to the top in a very chaotic award season. This movie has haunted me more than any other this year and I’m hoping it wins everything it’s nominated for. And yes, I know that means Patricia Arquette would beat Laura Dern in the Best Supporting Actress race, but, hey, there’s room for more than badass mother performance, so, I’m hoping for a tie!

Another cool surprise was the Best Original Song nomination for “Lost Stars” from another one of my favorite films last year, Begin Again. That movie was amazing and even if they didn’t get nominated for their performances in the film, I’m gonna pretend that Kiera Knightley and Mark Ruffalo’s Oscar nominations this morning — for The Imitation Game and Foxcatcher, respectively — were for that movie instead. Either way, glad the stodgy old Academy remembered this lovely film.

And speaking of memory (I know, nice transition here, sorry) I am so excited to see Julianne Moore in the Best Actress race for her career-best work in Still Alice. That movie devastated me and her performance is definitely the stuff Oscar gold is made of. And if you ask me, it’s about freaking time Moore takes home an Academy Award. No one even came close to her this year…she’s probably the one sure bet this season and she deserves everything she gets. Rock on, red!

And even though Guardians of the Galaxy missed out on a Best Picture nomination, it did score a Writers Guild of America nomination last week and picked up two Oscar nods this morning as well. One for Best Visual Effects, (go, Groot!) and one for Best Make-up and Hairstyling (go, Gamora!) so, I’m not complaining. On a related note, it was very cool to see something other than stuffy English period films in the Best Costume Design category with Maleficent and Inherent Vice picking up surprise and totally deserving nominations. Rock on, crazy Maleficent horns!

Speaking of Inherent Vice, even though I only liked the first hour of the film (which is perfect!) and it descended into total madness in the second half, I have to admit I am glad to see writer/director Paul Thomas Anderson nominated in the Best Adapted Screenplay category. Knowing Oscar voters, who have a rich history of rewarding people for the wrong movies, Anderson, who should have won for Boogie Nights, Magnolia and There Will Be Blood, will finally win an Oscar for his work here.

The bad news is that two really deserving writers got totally shut out in Anderson’s Adapted Screenplay category. Novelist Nick Hornby’s script for Wild was incredible and deeply moving. And though I haven’t seen it yet, Gilian Flynn’s adaptation of her novel Gone Girl is supposed to be pretty badass too. Sadly, their slots got taken by the likes of total groaners like Foxcatcher and Whiplash instead. Oy…makes me want to groan again.

And finally, even though Bradley Cooper knocked Jake Gyllenhaal out of the Best Actor race, Cooper gave one of the best male performances of the year in American Sniper and I was really glad to see the film pick up so many nods this year. It’s a really great flick with a, pardon my French, fucking doozy of an ending. Amazing!

OK, that’s all for now. You can find a complete list of this year’s nominees here. And, as always, I’m dying to hear what you guys think of this year’s crop of nominees, so, comment away!

I don’t know about you guys, but, I’m still kind of reeling from the death yesterday of Philip Seymour Hoffman. Not only was he one of my all-time favorite actors, but he was also the kind of reliably brilliant character actor (like John Goodman) that you’d hope to see onscreen in killer parts large and small for years to come. Sadly, that was not to be… 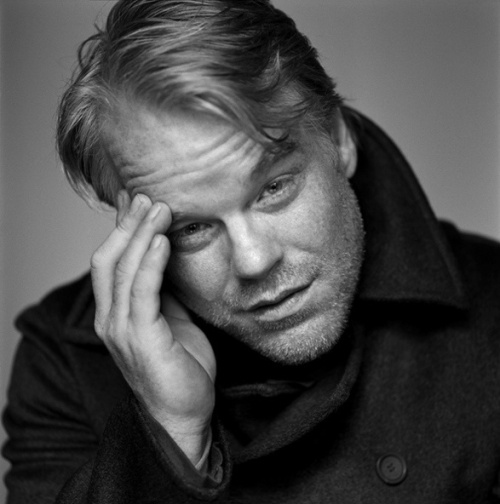 Although it’s little comfort right now, the fact that Hoffman left behind such a remarkable and diverse body of work is pretty awesome. He was usually my favorite character in anything he was in, and I loved him in everything, but, my favorite role of Hoffman’s is probably his turn as a home health care nurse in Paul Thomas Anderson’s crazy masterpiece Magnolia.

It’s not Hoffman’s showiest role and he could easily be eclipsed by the onscreen theatrics of his co-stars Tom Cruise and Julianne Moore, but there is a quiet grace in his performance that just kills me every time I see it. It’s like you can actually feel the things he is going through. Really amazing work in a movie busting at the seams with great actors.

I also loved him in Happiness, Boogie Nights, The Savages, Doubt, The Big Lebowski, Almost Famous, Moneyball and Pirate Radio, a movie I missed the first time around and finally saw (and loved!) this past summer. The funny thing is that when I looked up his filmography just now, some of the best stuff Hoffman did onscreen was in tiny parts in big movies that I barely remember seeing. And if you ask me, that’s the mark of a truly great actor.

Rest in peace, PSH. You left us way too soon…