Spent the last couple of days boiling and eating corned beef, cabbage and potatoes (we had an early St. Patrick’s Day feast on Friday with my brother and sister-in-law and a reheated version of the exact same meal, complete with black and tans, tonight) and lemme tell ya, I could eat that shit every day. Seriously, God bless the Irish!

Also been playing loads of Irish music — Enya, U2, Celtic Women, Luka Bloom, Sinead, The Cranberries, you name it, it’s on our iPod’s epic, three-hour-long “Irish Spring Playlist”! — including one of my all-time-favorite late-90’s bands, Garbage.

I know it totally dates me, but, man, I loved those guys. And don’t even get me started on their lead singer, Shirley Manson. That milky skin, all that crazy red hair, and that angry, riot grrl snarl, whew…she had me at “top o’ the morning to ya”. Seriously, she can rest her weary hand on my knotty old shillelagh anytime she wants. Follow the link, I’m not being nearly as dirty as I sound. 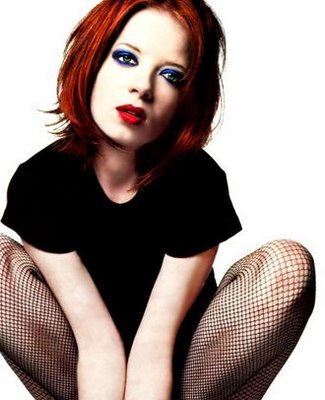 Anyway, figured St. Patrick’s Day was as the perfect time to teach Greta the finer points of Garbage appreciation, so, we rocked out with her Barbies to some of the band’s finest jams. Greta was a little hesitant to belt out the chorus on “Stupid Girl” — since S-T-U-P-I-D is a “bad word” in our house, we sang it as “Bad Word Girl”, which totally worked — but she and her Barbies sang the hell out of “I’m Only Happy When it Rains”. Of course, that may have been because it was pouring outside.

Either way, the worst part of my day came later, when I discovered, via Facebook, that my beloved Shirley Manson is as Irish as the fake-ass brogue I’ve been rocking all weekend. Which means, of course, she’s not Irish at all. Nope, turns out my favorite Irish singer is, in fact, a Scot. Urgh…so much for the ethnic purity of my playlist.

Ah, who am I kidding? Irish or not, I’m still your biggest fan, Shirley girl. If I like your music, and Lord knows I do, then your place on my playlist (and in my heart) remains totally unchanged. Happy Saint Patrick’s Day and long live the Scottish too!